So Real is consists of nine tunes all of which were first takes except for Autumn Leaves which was the second take because Warren didn’t like the tempo of the first take. There is not an edit or a fix in the entire album, just great playing by some of the finest musicians on the planet.

by Tom Jung – with permission to publish from Pro Audio Review

Just about 20 years ago now, five engineers from 3M wheeled into a Minneapolis studio (Sound 80) an engineering prototype of a two-channel digital recorder. We were about to start a direct-to-disk recording project of a local band called Flim and the BB’s. So we thought why not record simultaneously to this new recorder that actually converted music to numbers and then recorded the numbers on tape? – hey, we’ll try anything. On the first playback something hit me like a ton of bricks; I guess it was the total absence of wow and flutter and modulation noise while watching those reels go around. At that moment a little voice inside me said, “This is the future of recording.” From that point on, digital was the format of choice for me.

Over the years, small but steady improvements have been made to PCM digital recording and playback. It is only recently that the folks at Philips and Sony are responding to the wishes and needs of the recording community for a higher quality digital recording system; maybe something totally different – not just higher sampling frequency or longer word length. We should consider all possibilities and think as far into the future as we can so that by the time the new hardware and software is in place, we still think it sounds pretty good.

Sony’s Direct Stream Digital (DSD) system is not only a possibility, but a reality. The DSD system uses a 1-bit delta-sigma modulated word, sampled at 2.8224 MHz – that is 64 times 44.1 kHz. According to Sony, the frequency response extends to over 100 kHz, and has a dynamic range better than 24 bits of PCM digital. In the DSD system, the frequency response and dynamic range are defined by the delta-sigma modulator noise shaping and these two characteristics can be traded off against each other.

What makes DSD shine sonically is that the pure 1-bit signal does not get decimated or changed in the process of recording or playback; there are no brick wall filters. This is a much simpler process and is really more analog like. The 1-bit DSD signal can be down converted to any of the current digital formats and also the proposed new high-density formats, including 96 kHz, 24-bit.

About a year and a half ago a few engineers, and trade press editors, including myself and John Gatski, were invited by Sony to a private showing of a prototype DSD system set up at Sony Music Studios in New York City. We were able to compare a live studio feed from a jazz quartet to DSD as well as to some of the latest 20-bit A/D converters and the more familiar, older A/Ds. I can’t speak for everyone (and there were some great ears present), but to me DSD sounded much closer to the live feed than any of the other conversion methods. Since that demo Sony has been working continuously to improve and refine DSD.

Recently, I took a Sony DSD prototype system into the studio to record an album with guitarist Joe Beck and flutist Ali Ryerson. Musically, this project is more demanding than it seems on the surface. Ali plays alto flute throughout the record while Joe plays guitar and bass at the same time; how he accomplishes this is a story in itself. Joe’s setup consisted of a pickup with the top four strings (two banjo, two guitar) feeding an effects box whose stereo output feeds a Hafler P1000 power amplifier driving two speakers about 10 feet apart. Each speaker was miked at about three feet, as well as the guitar itself. The two bass strings feed a separate pickup that we recorded through a Westlake D1 direct box. The tuning is so bizarre I will not even try to get into it. Steve Davis plays drum’cussion ( I can’t explain this either) on about half of the tunes.

Since DSD is entirely different from PCM digital, none of the digital tools I usually use are compatible (i.e., mixers, EQ, dynamics). I have been using Yamaha digital consoles for the past six or seven years, so I had to scramble to find an analog mixer that was comparable quality wise. I ended up using a Millennia Media Mixing Suite, which is a rack-mounted mixer that can be configured many different ways by changing modules. This mixer takes the “pure” approach with an ultraclean and quiet signal path, which was perfect for this project, but has no EQ.

The lack of EQ presented a new challenge (or old, depending how you look at it), since DSD, at this early stage, does not have the tools necessary to do any manipulation. So I chose to be a martyr and not use any analog signal processing whatsoever. My goal was to use DSD in its simplest purest form, since what was happening acoustically on the studio floor was exactly what we were after.

Microphone choice and positioning was of the utmost importance. I had used some special prototype studio condenser microphones from Shure Bros. a few months back and they were about as accurate and natural sounding as anything I had heard to date. So George Rohrer from Shure flew out to the session with five of these as yet unavailable prototypes. (I was sworn to secrecy so for now my only comment about the Shure mic is wow!) I think this is the first time I have ever used just one kind of microphone on an entire project.

These five microphones were routed into the microphone preamp modules on the Millennia mixer then straight to the analog inputs on the DSD recorder. The signal path cannot be much simpler. The Mixing Suite has two monitor return inputs, so it was a piece of cake to switch between mixing bus and the return of the DSD recorder.

The Sony DSD prototype system is made up of three black boxes: 1) A-D/ D-A converter; 2) recorder unit; 3) storage unit with two 4 GB hard drives. Each HD will hold approximately 95 minutes of two-channel full-bandwidth audio. To control the system, Sony provides an editor/controller with LCD (editing functions are nonoperable at this time). Metering is accomplished with the Sony DMU-30 digital meter. The A-D/D-A box has an AES/EBU 24-bit, 44.1 kHz PCM output that feeds the meter and can be recorded as well, which I did.

“How does DSD sound?” you ask? Let me go back to the “ton of bricks”. This was the first time since 1977 with the 3M machine that any piece of digital equipment made such an impression on me. Back in ’77, it was the lack of wow and flutter and low noise; with DSD it is total transparency and lifelike dimensionality.

When Joe Beck came into the control room after we recorded the first take, he said “it sounds exactly like it does in the studio” this was the first time he had experienced anything like this and Joe has been involved in thousands of sessions in studios all over the world. To me DSD sounds, what I call, “ear friendly”, you know the slight pain you get in the ear when listening to the harsh or glaring sound from some digital. With DSD you get none of this and can hear around the individual instruments, not just the front; this is part of the dimension thing I was talking about earlier.

The things that we have grown to hate about some digital systems, such as harshness and lack of depth, are almost completely removed. Only a slight difference could be detected when switching between the stereo bus on the mixer and the return signal from DSD.

Monitoring the AES/EBU output revealed a collapse in the front-back dimension as well as a slight glare to the sound. Once you hear DSD compared to normal PCM, it is hard to go back.

Now for the best part. One of the most unique things about DSD is the fact that much of this ultrahigh resolution digital signal can be realized in a normal 16-bit, 44.1 kHz package through a process code named Super Bit Mapping (SBM) Direct. This is a more powerful version of Sony’s original SGM process of converting 20-/24-bit recordings to 16 bits.

After we finished the sessions, we downloaded the data from the hard drives to 8 mm Advanced Intelligent Tape (AIT) to be sent to Japan for SBM Direct processing (there is only one of these devices on the planet). While waiting for the results from Japan, I transferred 10 songs to my workstation using the AES/EBU output re-dithered to 16-bit, then burned a CD-R. When the downconverted DATs arrived I took the same 10 tunes, transferred them to the workstation and burned another CD-R. Comparing the two discs revealed the same differences that existed between the pure (100 kHz bandwidth) DSD and PCM, but to a lesser degree. I estimate half of the quality of pure DSD is retained through SBM Direct. This is hard to judge because at this time we can only listen to pure DSD through the Sony DSD, D/A converter. By the time you read this I hope to be listening to DSD through a modified Meitner Reference D/A (more on that DAC in a future article). This way we can use the same D/A to evaluate both the pure DSD and the SBM Direct processed DSD.

Once the data gets downconverted, it is imperative that nothing is changed. Adjusting the level as little as 1 dB could destroy all the benefits of SBM. The folks at Sony tell me they are working on both mixing and EQ of the pure 1-bit DSD data.

It is still early yet in the development of DSD, but the system seems like a logical next step for the creation of higher quality audio masters. Many of its advantages can be realized now through SBM Direct to 16-bit. Since we do not know what the future of DVD Audio is, it makes much sense to record with super-high resolution at this time so that when a higher quality standard is set, we can downconvert to it, or better yet, realize all the benefits of this technology with something beyond DVD. I am starting to have dreams about 5.1 surround DSD. 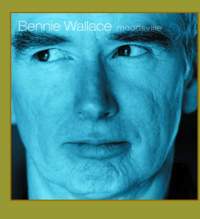 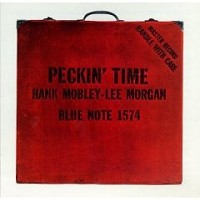 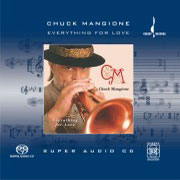