“I remember very clearly the recording of this LP,” says renowned music critic and journalist Jose Domingos. “I was the staff writer for the liner notes of the Mocambo label in the mid 60s. In fact, the day that this Mancini LP was recorded, the same group recorded another complete LP’s worth of material but I don’t remember exactly the title.”

Most people would have trouble remembering recordings they worked on a few years back, but when we got in touch with Jose Domingos, not only was his memory of that time pin sharp, but he even had his original typed sheets for the liner notes!

When whatmusic.com had tracked down a rare original of this LP we had guessed that the recording date was from 1966, judging from the players and the Mancini songs recorded. “That’s right,” confirms Domingos, these days a reporter for O Globo in Rio. “This recording was made sometime in 66. But it’s hard to tell from the record. The owner of Mocambo had this thing about dates on records. Some labels were just lazy with their credits but Mocambo did it on purpose! The owner thought that if you put a date on a record then no one would buy it the following year because it would be out of date!”

The producer of Mancini Tambem é Samba was Jonas Silva, the one time manager of Murray Discos, a famous record store in downtown Rio where in the early to mid 50s the likes of Johnny Alf, Luiz Eça, Joao Donato and Joao Gilberto would hang out to hear the latest Sinatra or Stan Kenton LPs. “I remember Joao Gilberto used to stay there for hours listening intently to Chet Baker records and trying to exactly capture his singing style,” says Raffaelli. “Later Jonas became the producer at CBD – Polydor and, as we were friends, he asked me to write the liner notes to his productions. So it was natural that when he moved to Mocambo to become the house producer that I went too, to be the staff writer for liner notes. I knew all these musicians from the Beco das Garrafas where we all used to hang out – and where I used to play a little saxophone in those days!”

“For the recording Waltel Branco was the leader because he was the arranger but it was very much a group effort with everyone agreeing who would solo and so forth. As you can see there is no artist name on the cover. The players [Dom Salvador, Edson Maciel, Meirelles and so forth] were the best in the business at that time and it’s interesting to see them playing this material, these tunes which everyone knows, but playing them in a totally new, fresh way”

Indeed one only has to listen to the opening track Peter Gunn, where the all too obvious intro of the original is neatly subverted into a sublime rhythmic signature by ace drummer Vitor Manga. Likewise, such potentially sugary ballads as Dear Heart are given a groovy uptempo feel with a great piano solo from a very young Dom Salvador.

Like the man said, Mancini is also – Samba!
So here are the original liner notes, in the words of Jose Domingos Raffaelli

We have the greatest pleasure in presenting an LP dedicated entirely to the music of the great North American composer Henry Mancini executed in modern samba rhythm!

Without doubt, this union of Mancini’s themes with our beat was a truly joyous one, as his compositions adapted themselves so marvellously to the Brasilian popular rhythm.

The arranger Waltel Branco, who also directed the orchestra and the small groups on this recording, selected a number of our best Brasilian musicians from the current scene, all major talents and each considered one of the ‘greats’ of his instrument. They are artists ready to experiment and who improvise by design, with continuity and with great ideas.

Waltel Branco has written arrangements that are rich with nuances, with exciting passages, and at the same time he’s given a freedom to the soloists to improvise with enthusiasm and with a naturalness. These are arrangements with a great deal of humour, good taste, simplicity and swing. In the passages arranged for small groups, Waltel extracts such a rich sonority that in certain moments, one could swear that it’s the whole orchestra playing. The melodic variety of the orchestrations are also impressive in their form and content.

From the earliest rehearsals everyone present could sense that the players – all of them without exception – were imbued with a collective spirit that promised truly great things, contributing decisively to produce a most expressive sound and resulting in a highly significant recording.

All the soloists showed themselves to be ‘out there’ with their individual solo passages, magnificently taking advantage of each opportunity for improvisation. The young sax player Meirelles – one of our most versatile musicians and a perfect embodiment of the current spirit of our music – demonstrates his qualities in solos full of enthusiasm. Pedro Paulo, the trumpeter of the new generation, plays an excellent cross fertilisation of ideas in well organised solos. The pianist Salvador, shows us solos that swing with invention. Edson Maciel, that well known trombonist, confirms all the qualities that everyone has long known him to possess. Likewise, the guitarist Neco also demonstrates his virtuosity in improvising with flexibility, corresponding to all expectations. Then there’s the rhythm section which provides sustenance of the first order and which carries the soloists to improvise to the maximum of their inspiration.

The fans of musica popular moderna are surely blessed by this recording. This LP reunites the compositions of the one of the of the greatest writers of our time with the superior execution by musicians who are writ large on the panorama of today’s modern Brasilian music. These guys have taken advantage of moments of sheer joy that have been transformed into this formidable Mancini Tambem é Samba! 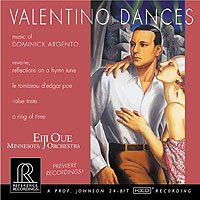