Some years ago whatmusic.com was at the home of a Brasilian record collector when he pulled out a well-worn copy of a record that previously we’d only heard about on record lists – one of those mythical £500 records – Rubens Bassini e Os 11 Magníficos. The cover featured that well-known grin from the Sergio Mendes sideman Bassini and the tracklist promised some unusual latin grooves.

Despite the popular misconception of Brasilian music as ‘Latin’ most of what we have come to associate with Brasil – bossa nova, samba, MPB – are purely Brasilian art forms, in which the bongos have little or no place. Bongos are not an instrument traditionally associated with samba but rather with Afro-Cuban music forms. However, pick up any Brasilian LP from the late 50s/early 60s and, if it was recorded in Rio, chances are you’ll find that Rubens Bassini was playing the bongos.

In the fifties in Brasil (aside from the lush big band stylings of Ary Barroso and the slow samba-canção ballads) samba was generally a dirty word. Most popular music fell into two categories – ‘bolero’ or ‘fox’. Both foreign forms, the bolero covered a multitude of Afro-Cuban inspired rhythms and the ubiquitous ‘fox’ was the Brasilian interpretation of anything considered to be ‘American’ music or that which was written in 4/4 time (the samba being in 2/4).

Part of the confusion about the ‘Latinness’ of Brasilian music comes from the fact that the pre-bossa generation were completely besotted by the jazz and popular music coming out of the United States. Young musicians like Johnny Alf, Paulo Moura, Bebeto, Luiz Eça and Joao Donato spent their days listening to Howard Rumsey’s All Stars, Dizzy Gillespie with Machito and most particularly Stan Kenton’s Orchestras, with their modern harmonies and unusual time signatures, and their nights in local clubs forging a new Brasilian interpretation of the sounds they heard. Kenton was a key influence and albums such as ‘Cuban Fire’ left an indelible mark on these young musicians. Kenton was amongst the first to employ a real Brasilian musician, the guitar virtuoso Laurindo Almeida. In the case of Rubens Bassini that main influence came from the Cuban exile Mongo Santamaria who was recording regularly on the San Francisco-based Fantasy label.

The influence of America was partly due to a lack of ‘modern’ Brasilian influences. Some of the earliest recordings of the young 50s modernists were made on the cusp of the bossa nova era. João Gilberto’s seminal ‘Chega de Saudade’ had been released in 1958 (featuring Bassini himself on bongos as part of the four man percussion team that Gilberto demanded) and Jobim already had some success under his belt, but the softly played rhythms that became synonymous with bossa nova were still in their infancy. Waltel Branco, Jose Marinho and João Donato all recorded mambo-influenced jazz on the LP ‘Dance Conosco’. Organists Walter Wanderley and Ed Lincoln had also played samba-canção alongside Latin beats and ‘foxes’ and in 1961 Philips A&R man Aloysio de Oliveira convinced the very young (and serious jazzman) Sergio Mendes to record a record for ‘the kids to dance to’. The result was a not very danceable, but very excellent, LP called ‘Dance Moderno’. The record featured a hip young mod couple on the cover, versions of ‘Love For Sale’ and other standards and lots of Rubens Bassini bongos well up in the mix. With the rise of bossa nova it seemed everyone was recording in the rush to cash in on the ‘new thing’ but the jazz guys were still sneaking in their own Latin-inflected sounds. In the early 60s Bassini took part in the legendary Os Ipanemas session. Their CBS record, despite its very bossa nova name, was like a Brasilian heavy rhumba session, similar to Mongo’s ‘Our Man In Havana’ LP but with ‘candomblé’ chants replacing those of ‘santeria’.

Meanwhile, in the US, after playing at the legendary Carnegie Hall Bossa Nova show Sergio Mendes and his group had stayed on, determined to find a niche in the US market. Mendes worked with various different styles until hitting upon the idea of a frontline female vocal duo of Lani Hall and sex bomb Karen Philippe. As part of the exciting new Brasil 66 Rubens Bassini was back in the line up of a group which would go on to sell incredible numbers of records worldwide and take Brasilian pop music to heights never before, or since, reached. In 1968 Sergio Mendes & Brasil 66 headlined at the Chicago Opera House. For the Brasilians the highlight of the show was the band that opened for them. That same Stan Kenton Orchestra that the young musicians had so worshipped a decade or so before.

Along with many local jazz musicians who gravitated towards the Hollywood studios at the end of the 60s, so many of the itinerant Brasilians, no doubt fed up with endless life on the road, also began to collect in Los Angeles. From the early 70s onwards, Bassini became a fixture in the West Coast session scene. As ubiquitous as Victor Feldman or Ralph Macdonald, Bassini’s list of credits is immense (Spyro Gyra, Michael Franks, Luiz Bonfá, Evelyn ‘Champagne’ King, Gap Mangione, Average White Band, Dave Grusin – the list is endless) as well as recording with more studio-bound Brasil 77 and 88 incarnations.

It’s forty years after its first limited release and sadly Rubens isn’t around to finally see it, but ‘Ritmo Fantastico’ – Rubens Bassini’s own entry into the land of mambo jazz bossa, is reissued here for a new generation of fans of a Latin groove that could only come from Brasil; spiced with Bassini’s patented bongo virtuosity.

Special thanks to Américo & Durval Ferreira. 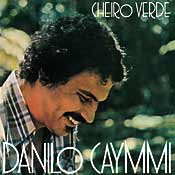