Los Lobos might have touted themselves as “just another band from East L.A.,” but it’s quite likely that even the group’s humble members recognized that few—if any—other artists in the late 1980s rivaled their soulful music, rousing performances, and ecclectically blended arrangements. While lacking the commercial status of the quintet’s subsequent La Bamba release, By the Light of the Moon stands as the band’s most enjoyable excursion into American-hued soul, penetratingly reflective lyrics, and earnest roots rock. The music making is simply extraordinary.

Mastered from the original master tapes, Mobile Fidelity’s SACD brings these 11 songs to life and out of the clouded, foggy sonic environment in which they’ve remained for more than two decades. For the first time, T Bone Burnett’s stripped-back production functions as it should. Namely, Los Lobos sound as if they’re playing at a small, sweaty neighborhood joint late on a Sunday night for an audience of locals, friends, and family.

The group’s uncanny ability to switch between instruments and effortlessly play each as if it’s their innate right—listen to the seamless fashion in which electric and acoustic guitars, marimbas, organs, saxophones, harmonicas, and percussion create strikingly memorable soundscapes—comes to light amidst a warmer, airier, more organic and deep-black background. David Hidalgo’s sweet, honeysuckle timbre, he and Cesar Rosas’ overlapping tremolo guitars, and stacks of interwoven rhythms jump with vibrant electricity.

Shifting into storytelling mode, Los Lobos use By the Light of the Moon as an opportunity to meditate on everyday America and channel the fate of normal communities. Issues of faith, mortality, love, disillusionment, and melancholy inform narratives that are on the same socially conscious level as those of period-era Bruce Springsteen and John Mellencamp. As for the songs, they crackle, waltz, shuffle, dance, tremble, and kick. The band almost dares listeners not to care.

Don’t pass up one of the best releases of the 1980s and one of Los Lobos’ definitive statements. Boleros, rancheros, and more await!

Mobile Fidelity Sound Lab’s ongoing quest is to deliver the foremost sounding audio entertainment software that technological innovation can provide. From our first UHQR™ vinyl LP to our latest Ultradisc UHR™ SACD, we have been and will remain a steadfast innovator in the audiophile frontier. We further believe that technological development serves best when accompanied by a profound awareness and appreciation for the elusive magic and mystery that comprises music itself. Our greatest hope is that our products will serve as conduits for ears ands souls to experience premium, pure, natural sound reproduction of diverse, pre-eminent original master recordings across the entire musical spectrum.

Mobile Fidelity believes that mastering systems should be neutral and transparent. The essential idea is to unveil all the detailed musical information on the original master recording without adding deterioration, coloration or other sonic artifacts.

It is worth noting that Mobile Fidelity Sound Lab stands out as one of few record labels that independently invests in research and development of audio technology. With proprietary innovations such as GAIN 2™, general music enthusiasts and audiophiles alike have reaped the benefit of a higher consumer audio standard without investing in costly new hardware. Mobile Fidelity is pleased to work with a variety of engineering legends and companies including Tim de Paravicini, Ed Meitner, Pass Labs, Theta Digital and Sony Electronics. Our joint efforts to seek out the ultimate audio experience, has resulted in significant advances for the technology of music reproduction.

Mobile Fidelity Sound Lab has been the undisputed pioneer and leader in audiophile recordings since the company’s inception in 1977. Established by dedicated audiophiles, Mobile Fidelity’s first and foremost goal was to offer faithfully reproduced high fidelity recordings that would compliment the numerous advances occurring in audio delivery systems. Throughout its history, Mobile Fidelity has remained true to this goal, pioneering state-of-the-art technologies and setting audiophile standards that remain in place today.

Mobile Fidelity Sound Lab (MFSL) is the undisputed leader in the art and science of record technology. Through the evolution of its Ultra High Quality Records (UHQR) to the ANADISQ 200 series, audiophiles and serious music collectors alike have long applauded Mobile Fidelity’s contributions to the research and development of making the best records humanly and technically possible. MFSL’s latest innovation on the vinyl frontier is the GAIN 2™ ULTRA ANALOG system

The introduction of GAIN 2™ ULTRA ANALOG maintains Mobile Fidelity Sound Lab’s position as the world’s leading audiophile vinyl record label, where passion for music is merged with extraordinary sound quality. The GAIN 2™ ULTRA ANALOG disc mastering system is comprised of a modified Studer A-80 tape machine with proprietary reproducer electronics and customized, handcrafted cutting electronics and power amps that drive an Ortofon cutter head on a modified Neumann lathe. Independent and in house studies have confirmed that the GAIN 2™ ULTRA ANALOG system can unveil sonic information all the way up to122 kHz. First and foremost, Mobile Fidelity Sound lab utilizes only first generation ORIGINAL MASTER RECORDINGS as source material for our releases, never the second or third-generation master tapes that are often used by mass producing music labels. The master tapes are played back at half speed enabling the GAIN 2™ ULTRA ANALOG system to fully extract the tape’s sonic information, resulting in more cutting amplifier headroom, as well as allowing the cutter head twice as much time to inscribe the full bandwidth of the audio signal. Half speed mastering allows for incredible frequency response and hysteresis (a type of playback distortion) is greatly reduced from the tape transport’s playback head. Lacquers are then plated in a specialized process that protects transients in the musical signal. Optimum sound quality is further ensured by strictly limiting the number of pressings for each release. These Limited Editions, in addition to being collectors’ items, assure you that the quality of the first pressing matches the quality of the last.

To protect your GAIN 2™ ULTRA ANALOG pressing after purchase, each is protectively custom packaged to maintain flatness and prevent warping. Each GAIN 2™ ULTRA ANALOG record contains a specially constructed heavy-duty album jacket that is supported by a rigid cardboard “stiffener”, and the entire package is loosely “bagged” instead of being subjected to a tight shrink-wrap that can contribute to record warpage. To help eliminate dust -and minimize surface noise- a unique static-free “rice paper” inner sleeve protects each disc. These “Original Master Sleeves” are also available separately from Mobile Fidelity Sound Lab to help protect the rest of the records in your collection. 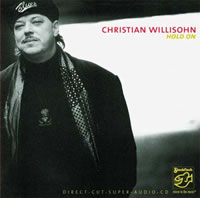 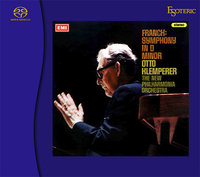 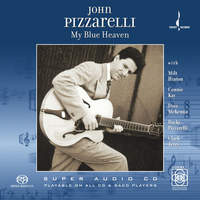 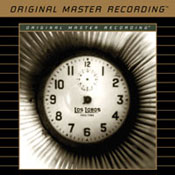 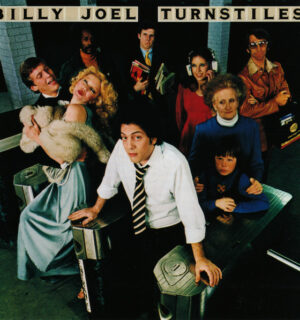