Prior to 1959, Jackie McLean was an important young Turk whose sharp tone and intense style on alto grew out of Charlie Parker yet were very much his own. Growing up in New York, his neighbors included such friends as Bud Powell, Thelonious Monk and Sonny Rollins. By 1951 he was recording with Miles Davis and other associations in the 1950s included Charles Mingus and two years with Art Blakey’s Jazz Messengers. But all of that was a prelude to his recording 21 brilliant, explorative and frequently explosive albums for Blue Note during 1959-67. While McLean became one of the first jazz musicians of his generation to stretch beyond hard bop into freer explorations inspired by Ornette Coleman, Swing, Swang, Swingin’ is a straight ahead affair in which he mostly puts his stamp on standards. Few versions of “Let’s Face The Music And Dance” and “I Love You” have ever had this much intensity and, when McLean digs into the ballad “What’s New,” he gives it a fiery passion that had never been heard before. Jackie McLean not only swings and swangs but he burns with the urgency, agony and ecstasy of the 1960s.

“When I listened to the Audio Wave XRCD release of [AWMXR0008] Lee Morgan – Tomcat I was awestruck. My conclusion was that rather than comparing digital to analog, a more logical conclusion was that the entire digital vs. analog debate becomes irrelevant when listening to a recording that is so far superior to anything that has come before it. My analog setup costs six times what my digital one does, but given the same Blue Note title on LP or XRCD I’d choose the XRCD each time. I question the motive of any writer who claims that there is an LP re-issue that equals the sound you all are achieving.”

“I recently purchased three more Audio Wave Blue Note titles and the sound on each of them is really stunning. The clarity (without any brightness), dynamics, instrumental timbres and subtlety that I hear in these performances is amazing. You can really hear the emotion and intent of the performers in a way I have not experienced with my Blue Note records before, be it an original pressing, RVG remaster or one of the 45 rpm re- issues from other labels. When playing [AWMXR0010] Horace Silver- Cape Verdean Blues over the weekend, my mom (who was visiting from out of town) and daughter actually came in the room and started dancing around. Its magic on a silver disc.”

“I hope you will have the opportunity to visit other back catalogs or more Blue Note titles with wizard Alan Yoshida at the helm. I have a new appreciation for the importance of mastering. Thanks for the great music.” – Steven Frost, Elusive Disc Customer

“I recommend these highly. If you want the best digital versions of these great Blue Note albums, grab these. In my opinion they are the best that have ever been done and probably the best that ever will be. They can’t stay in print forever so don’t delay!” – Steve Hoffman, Mastering Engineer

“Blue Note has never sounded this good on CD before – these are the first digital Blue Notes that come close to the sound of vinyl. And the packaging is outstanding. I love the high quality glossy covers, and the insert booklets are the first effort I’ve seen to fit high quality photography into such a small package. Keep up the good work!” – Dennis Davis, Hi-Fi+

“Compared to the 45 r.p.m. vinyl, the LPs still have a slight edge in smoothness and liquidity, but thanks to the XRCD process and the care that was taken transferring these albums directly from the original analog masters, these CD’s have to be approaching the limit of what the compact disc is capable of resolving. Instrument timbre is stunningly real, and the amount of air and decay present on these recordings will make the uninitiated swear that there is a record playing on a turntable somewhere. I’ve never heard this music sound this good in any digital format.” – Jeff Dorgay, TONEAudio

“The quality is next to none and as far the sound goes they are absolutely beautifully recorded, the timing is perfect and the clarity of the instruments is spot on, I will treasure these CDs. I am eagerly awaiting the rest of the collection.” – Victor A., actual Elusive Disc customer

“The sound is absolutely stunning and natural and represents digital at its best. The space around instruments and decay times are reminiscent of live acoustic performances. The mini-hardcover book format packaging is exceptional with great photography and legible liner notes. Truly well done and keep them coming.” – Roger B., actual Elusive Disc customer

“…they may not quite equal the breathtaking sonics of the vinyl discs in transparency, immediacy, and ultimate dynamic pop, they come very close. So close, in fact… I was prepared to get up and flip the LP to Side Two—except I wasn’t listening to an LP but to a Yoshida-mastered XRCD.” – Wayne Garcia, TAS Issue 203, June/July 2010 pg. 120-123 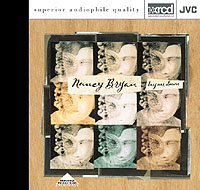 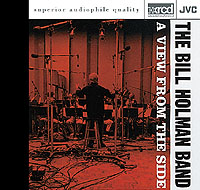 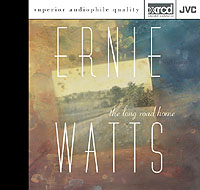 HORACE PARLAN / On The Spur Of The Moment 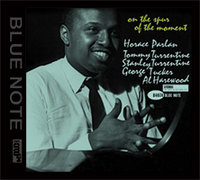 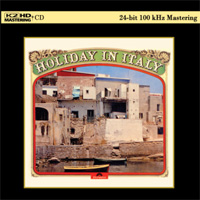