The late 60s were a real turning point in Brasilian music. For years the Brasilian music scene had been divided into two mutually exclusive and distinct camps. On one side, the university elite – heavily into the (mostly instrumental) bossa nova. On the other, the jovem guarda [young guard], based around the promoter Carlos Imperial and artists like Roberto and Erasmo Carlos with their own prime-time TV show and a thousand and one Portuguese language cover versions of Rolling Stones and Beatles songs.

By the end of the decade, however, things weren’t so simple anymore. Elis Regina had started to stray into recording covers of Roberto Carlos songs and the tropicalistas were name dropping him along with Paul Anka in their early songs. Musicians like Ed Lincoln and Orlann Divo had already been successfully mixing samba-based bossa with the novelty elements of pop. On the political left were the dissident bossa nova composers like Geraldo Vandré, Sergio Ricardo with their canção de protesto (incidentally, the Marcos Valle song A Resposta [The Answer] was written as a snub to those artists and critics who claimed his music wasn’t sufficiently political). It soon became apparent that the jovem guarda had thrown up some truly innovative songwriters (Roberto & Erasmo, Tíberio Gaspar, Fred Falcão) and many a good bossa musician (Cesar Camargo Mariano, Antonio Adolfo, Dom Salvador amongst them) had by this time joined ‘sides’ to participate in a new sound – sometimes for financial reasons but also in a move for artistic freedom in a Brasil which had only just started opening up to electric guitars. At first this new sound was called pilantragem and literally took its influences and jumbled them all together. French chansons, Ramsey Lewis’ hand-clapping soul jazz, samba, tropicalia and of course the Beatles were variously sampled as styles to work and play with.

For Vox Populi, a group who grew out of the critically acclaimed protest band Grupo Manifesto (who recorded an LP for Elenco and who won the 1967 International Song Festival with the song Margarida) the move towards this new style was perhaps influenced in part by the success in America and Japan of Sergio Mendes’ Brasil 66 and Bossa Rio groups, both of which had enormous success with their admixture of American pop and Brasilian bossa which they fused into an entirely new sort of pop music. Not such a strange choice of influence perhaps, as the two groups shared a common ancestry in (Brasil 66 and Bossa Rio) singer Graçinha Leporace who sang in Grupo Manifesto alongside Vox Populi bassist brother Fernando.

“There was certainly a great deal of synergy between Graçinha and myself, but in career terms, we followed completely different paths,” Fernando relates from his home in Rio. “There was really very little cross influence between our musical careers. She established herself in the United States and I, after some years in Mexico and the US, returned to Brasil to work.”Graçinha later married Sergio Mendes and stayed on in California singing with the group until well into the 70s. Back in Brasil, Fernando and the other members of Vox Populi were in the process of leaving behind the political nuances of Grupo Manifesto and moving towards the funky more open sound that can be heard on this, their only recorded LP. In fact, the Vox Populi sound is very much like the classic Bossa Rio line-up that featured Graçinha, Manfredo Fest, Pery Ribeiro and Rubens Bassini.

After spending time in North America, the group eventually returned to Brasil. “After we went home we all starting working on different projects although we have always kept in touch.” In fact, it was a journey common to many Brasilian artists at that time – this endless touring of Mexico and the US. Adds Leporace, “I think that was really the result of the incredible success of João Gilberto, Tom Jobim and Moacir Santos playing alongside US musicians in the 60s and 70s.”

The pilantragem concept is held together here by the percussive piano style of Helvius Vilela on the opening track. The then radical young mineiro composer Milton Nascimento is represented by two songs on the record, including one that is certainly more famous outside of Brasil – Vera Cruz. Countless versions of this song have played across the dance floors of Europe and Japan in the last 15 years and this newly rediscovered version is destined to be played till the grooves wear out! “Certainly, Milton was a huge influence on my generation of musicians and I later had the great opportunity to record with him on some of his albums,” says Fernando.

Side two of Vox Populi opens with a real gem of a track – Asteroide Sonoro [literally Sound Asteroid]. Pulsing and phasing electronica effects and thunderclaps are the backdrop to this vocal tribute to the space age. Says Fernando, “We were the generation that grew up with the idea of space conquest and I think this song truly reflected how we felt about that – a lot of artists at that time were using space as a reference”.

Lennon & McCartney’s Here, There & Everywhere was always ready to be ‘Brasilianised’ and here the Vox people do their thing with dignity. The somewhat shaky English vocals led by Amaury and the girls are nevertheless charming and fit right into the innocent essence of the song.

Many of the players in the group went on to have a significant influence in Brasilian music. Fernando Leporace was a highly successful session player [Milton Nascimento, Alaide Costa, Edu Lobo, Joyce and others] who also wrote and recorded in his own right. Amaury Tristão played guitar with Herbie Mann’s mid-70s groups alongside Roy Ayers and Pat Rebillot, then with Dom Salvador and Dom Um Romão in New York. Pianist Helvius Vilela can be still be heard playing weekly in the Europa Brasserie in downtown Rio. Leader Guto Graça Mello produced many of the great soundtracks based on TV Globo’s nightly soap operas, the telenovelas, and even produced some of Reba McEntire’s last country album!

Fernando Leporace is currently preparing a new album of his own compositions to be released in 2002. “The record will certainly feature some of those guys from Vox Populi.” Asked about the future of Brasilian music, Leporace is circumspect. “On one level its very exciting, there are lots of things happening, but the ‘massification’ of Brasilian pop by the media is a very bad thing. There’s very little market space given to true quality music.”

Let’s hope that with this reissue there’s one more album of quality Brasilian pop for a new audience to share.

BRUCE DUNLAP / The Rythm Of Wings

CHRIS ANDERSON / From The Heart 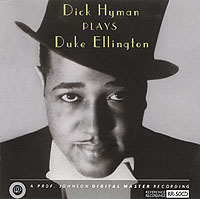